Skip to primary content
Today’s guest post was written by Beth Presswood. It first appeared on her blog Atheist Beth and has been reprinted with her permission.
One of the most common and devastating TRAP (targeted regulation of abortion providers) laws is the imposition of admitting privileges upon abortion providers. Simply put, admitting privileges are the ability for a doctor to treat patients in the hospital.
Now, this sounds like a common sense regulation, right? Why wouldn’t a doctor be able to work in a hospital? It makes you suspicious, right? That’s what anti-choicers are counting on. 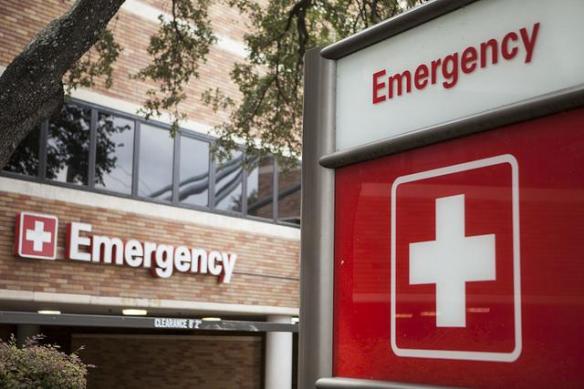 “The extremely low complication rate is a reason that doctors who limit their practice to abortion can’t get hospital admitting privileges. Many hospitals require doctors to admit a certain number of patients in order to maintain privileges. One Dallas clinic was forced to close in June after 36 years because its medical director, while initially offered admitting privileges, couldn’t meet the requirement to send 48 patients a year to the hospital. Even the more common 10-patient requirement is impossible for abortion providers to meet. (A complication rate of 0.05 percent translates to five complications per 10,000 procedures.)”

The other common idea of admitting privileges is portraying them as an ER fast pass. Hospitals MUST accept patients with complications from any procedure. No patient will be refused treatment if the doctor that started the abortion doesn’t get in their car and speed along to the hospital. The doctors at the hospital are perfectly capable of diagnosing and treating bleeding, perforated uteri, infection, etc…as these are the same complications as natural miscarriage or D&C. As Dr. Jen Gunter says

“Does the doctor doing the abortion need to have admitting privileges? In the small likelihood there is a complication of a procedure it is not necessary (or sometimes even desirable) that the doctor doing the surgery correct the problem. For example, I am a gynecologist. I cannot fix every single complication of the surgeries that I perform. If I inadvertently damage the bowel during a hysterectomy I need a general surgeon to help me. If we extended HB 1390 to all surgical procedures (and we really should if it is for safety purposes) then no surgeon could do any surgery of any kind because no surgeon is trained to fix every single complication. Why single out women getting abortions? Shouldn’t every patient at a surgical center benefit from the same law? What is required of a surgeon is to recognize the complication and then consult/get assistance as needed (medicine is a team sport).”

The American College of OB-GYNs does not support this law

“The American Congress of Obstetricians and Gynecologists (ACOG) believes physicians who provide medical and surgical procedures, including abortion services, in their offices, clinics, or freestanding ambulatory care facilities should have a plan to ensure prompt emergency services if a complication occurs and should establish a mechanism for transferring patients who require emergency treatment. However, ACOG opposes legislation or other requirements that single out abortion services from other outpatient procedures. For example, ACOG opposes laws or other regulations that require abortion providers to have hospital admitting privileges. ACOG also opposes facility regulations that are more stringent for abortion than for other surgical procedures of similar low risk.”

Admitting Privileges Laws are clear TRAP laws meant to erode access to abortion. Don’t be fooled by how reasonable they sound.